I have had some questions about candling mason bee cocoons.  Joe Sadowski from Burnaby, BC thought of this idea- and it works.  Candling is just like candling eggs.  In a dark room you shine a bright light under the cocoon.  With some experience, you can see the adult mason bee in a fetal position inside the cocoon.  You can also see empty cocoons or non- viable cocoons, where the larva has died and not developed into a adult bee.

Here is a batch of mason bee cocoons.  Mud has been washed off, and mites have been removed.  After washing them, cocoons take about an hour or so to dry and then candling can be done. 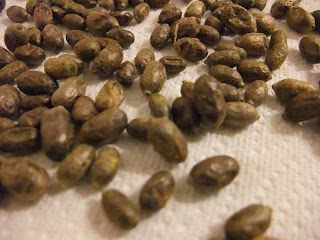 Place dry cocoons on a petri dish or similar container,over a 6 Volt flashlight.  It is easiest to do the candling in a room without windows. 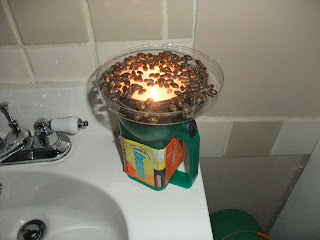 Turn the lights off in the room and look at the cocoons.  You will be able to see right through empty cocoons.  In normal light, these cocoons look like normal viable cocoons. 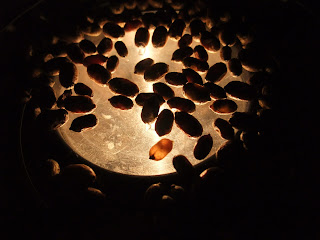 You can also see the viable cocoons with the bee inside the cocoon. 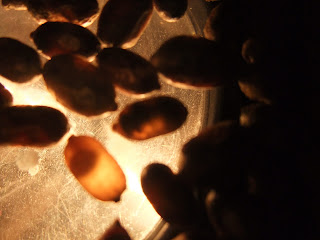 Rock, move and rotate petri dish over the light.  The light scatters and allows you to see the non- viable cocoons.

All cocoons sold at Beediverse are candled and non-viable cocoons removed.